Reverend Kirmis began life as a Roman Catholic, but after visiting a Lutheran Reformation Festival he discontinued his studies at his former institution and entered Concordia Seminary in St. Louis, Missouri. Upon graduation, he was called to the Wellesley-Petersburg-Poole parish.

During Rev. Kirmis' first year in Wellesley, there were two events which greatly influenced the church and its congregation. Soon after his arrival there was a disagreement between the pastor and four members of the congregation. The members left St. Paul's and formed a new church, also known as St. Paul's. (It is now known as St. Mark's Evangelical Lutheran Church.)

In August 1876, the church building burned to the ground. The congregation decided to rebuild the church immediately. The new cornerstone was laid on September 10. By November 17, 1876, a new brick church was completed.

In July 1894, Reverend Kirmis accepted a call to Minnesota. 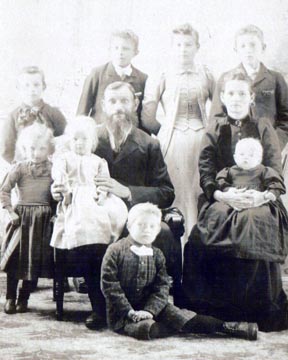