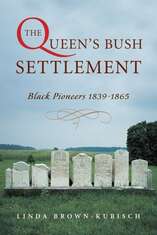 ​John Brown (born about  1816) was a runaway slave from Virginia.  He met his wife Lucinda Green (born free in about 1818) as he travelled through Pennsylvania on his way to Canada. Before settling in Wellesley Township, the couple lived near Windsor and St. Catharines and started a family.  Five children where born then, and six more were born in Wellesley Township.

In her book The Queen’s Bush Settlement , Black Pioneers 1839-1865, Linda Brown Kubisch reports that the  family arrived in 1843. However their name does not appear on the Walker Survey of the township completed in 1843.

​​​The 1851 census records eight families, about 50 people, who identified as Negro or African in Wellesley Township. The Brown family consisted of parents and 8 children living together. Their son Daniel (born in 1836) was not living with the family at the time of the 1851 census as he was living in Hawkesville, employed as a coachman by general merchant Michael Peter Empey. 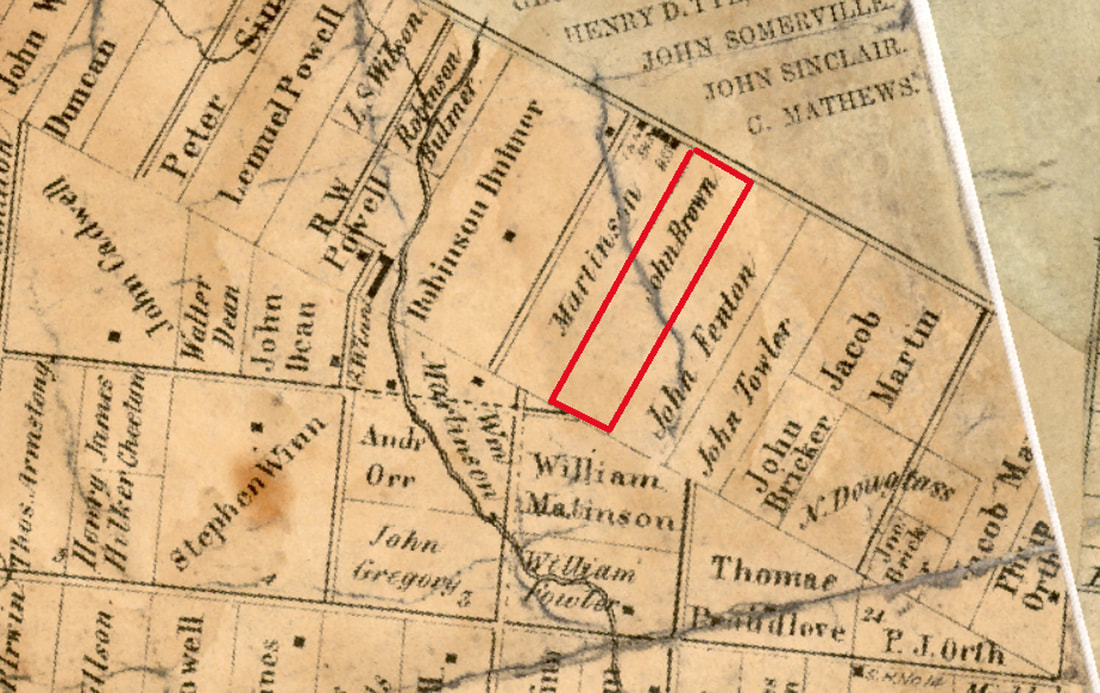 The 1871 Tax Assessment Roll shows the family living on Lot 19 Concession XIV. There were 12 people in the family. John Brown was listed as the owner of 120 acres and owned 1 cow and 1 horse.

Keith created a video of his family’s journey from Virginia to the Queen’s Bush, his relationship with the Kent family in Chicago and life in California. It is called Mutual Respect.

After his visit to Ontario, Keith created a video of his travels along his family’s route and that of other Black families.
A Visit to Freedom.  (If you want to focus on his visit to Wellesley, that occurs at about the 22 minute mark.)

For more information:
In the early 1850s, the Canadian Anti-Slavery Society commissioned American abolitionist Benjamin Drew to visit Canada to interview escaped slaved from the United States. His book, The Refugee, Narratives of Fugitive Slaves in Canada was re-published by Dundurn Press in 2008. The Brown family was not interviewed but other Wellesley families are included (pp 182-218)